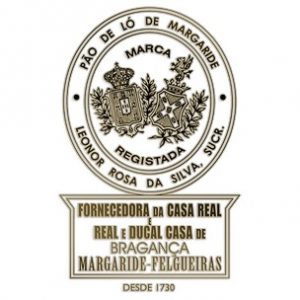 It was at the beginning of the eighteenth century that a woman, named Clara Maria, began to make this loaf of bread. The House, like today, was located in the parish of Margaride, in the center of the present-day city of Felgueiras, in the north of Portugal. This loaf of bread became known as “Loaf of Bread of Margaride.”

After the death of Clara Maria, it was Antónia Filix who continued with the manufacture of this appreciated candy, having later passed on this task to Leonor Rosa da Silva.

Leonor Rosa da Silva made Margaride’s bread pudding known for more than 50 years of work. The success was so great that in 1888 it was attributed to this House the designation of Provider of the Portuguese Royal House.

Today, manufacturing remains the most artisanal possible, maintaining, above all, the quality of its products.