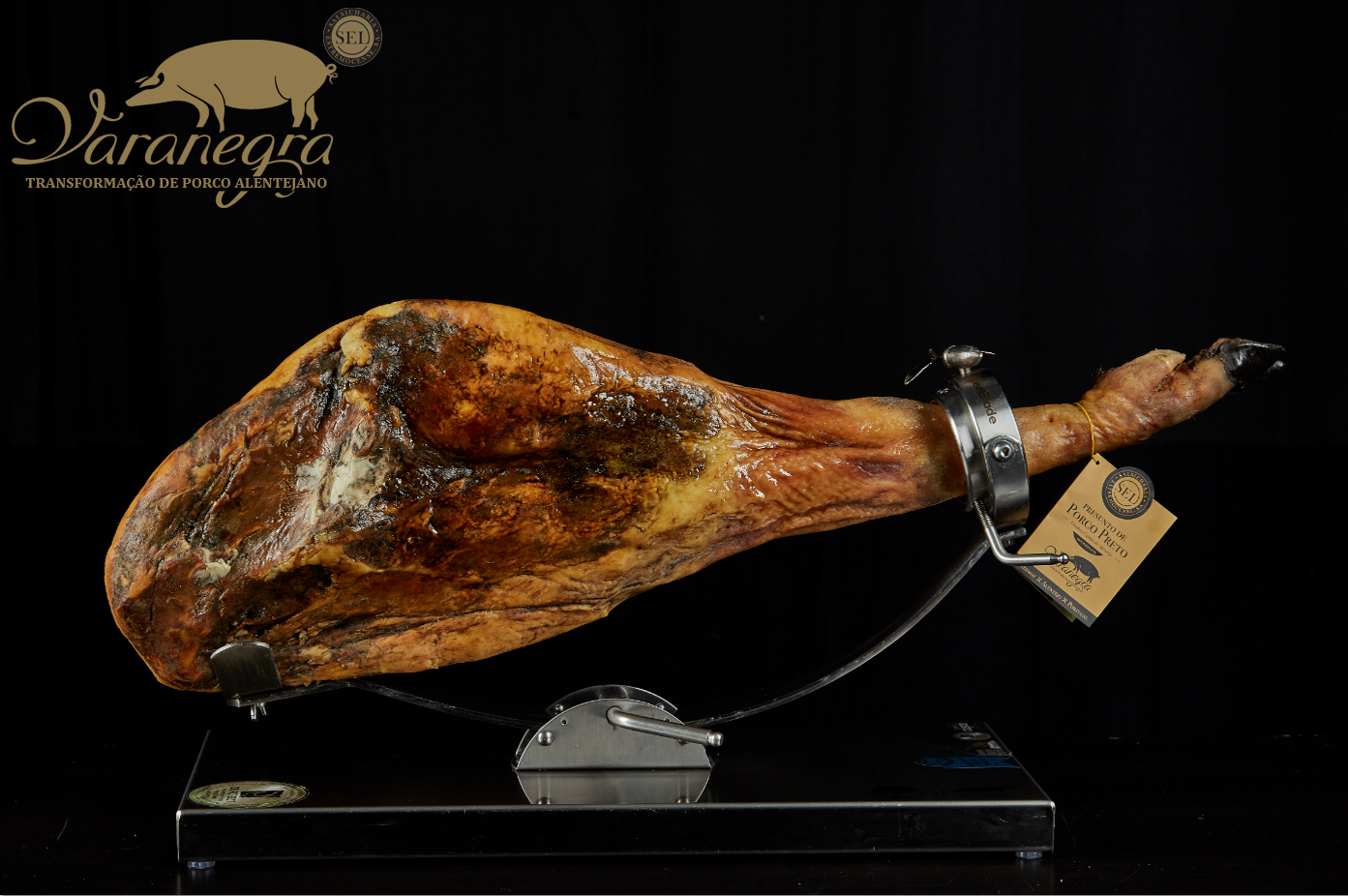 Portuguese Charcuterie VARANEGRA SMOKED HAM – SEL
The tastings of cured ham Pata Negra have, in recent years, become a classic of contests from all over the world, which has promoted the training of a large number of tasting specialists who have been establishing the bases and the steps to follow for a satisfactory tasting for that the organoleptic qualities of the Pata Negra cured ham can be described as precisely as possible.
While approaching the process that goes from raising the pig to curing, the definitive moment comes, tasting the Pata Negra cured ham, a final tasting that will serve to highlight the product and therefore establish its gastronomic value.
But it is necessary to have basic notions of the language and the patterns used, to be able to take full advantage of our senses and to capture the maximum refinement of the cured ham.

What is the importance of Pata Negra cured ham exposure in food tastings?

The look is the first of the senses that interact in a tasting of cured ham Pata Negra. We can observe its shape and discern from the beginning if we are faced with a quality Pata Negra cured ham.
A broad ham, with a black or dark paw, which has very thin bones and contains some molds on the most superficial part, presents itself as an excellent competitor, at least in appearance. Undoubtedly, the dressing experts pay close attention to the appearance of the piece. Once the ham is peeled, the first layer of yellow fat may be seen due to the time it has been exposed to. As soon as you start preparing the piece to be sliced, you can see a good amount of white fat stuck to the muscles, which owes its presence to the grazing regime in which the pig was fattened. If the hue of this fat is pink, it means that we are not facing any ham but in one of the best examples of Alentejo Pork Ham / Iberian Pork.

The thin part also suggests many things at a glance. In general, in the less cured areas and at room temperature, a good ham has an intense red or pink color and is brilliant due to the effect of intramuscular fat. In addition, we can observe a whole series of crystallized amino acids that are broken down by lean meat.
Specialists in the tasting of the Pata Negra ham make sure that they are responsible for the taste refinements that give the Pata Negra ham such a special personality. We speak of umami, a flavor discovered a few years ago in Japan and which literally means tasty.

The origin of the ham Portuguese Charcuterie VARANEGRA Smoked Ham – Estremoz
The perfect microclimate for the production of traditional charcuterie. The city of Estremoz based in the heart of the Alentejo has one of the most peculiar climates in mainland Portugal, perfect for the production of wine, hams, and sausages, Estremoz has rigorous and humid winters and hot and dry summers, the ideal climate for the production of these wonderful gastronomic delicacies, this climate is achieved due to its geographical location, the city is based on the largest reserve of marble deposits in the Iberian peninsula and protected from strong winds by the majestic Serra dʻOssa, make Estremoz the perfect climate for the natural cure of the product all of this added to the professionalism of the employees that make up the SEL family.
Varanegra Cured Ham has its own shine, whose only ingredients are raw material, sea salt and a lot of patience.